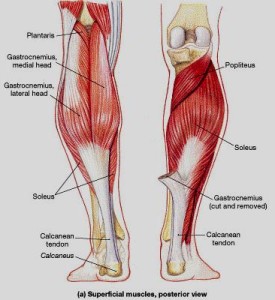 The training I received in Seattle at UW/Harborview Med Center taught me that one should look at the entire extremity when trying to find the cause of foot an ankle pain. The most common culprit is a tight calf, specifically the gastrocnemius muscle. First-line treatment for this tightness is stretching (but not with the “Runner’s Stretch” which  doesn’t work). If that is faithfully attempted, but does not work, then I often perform a surgical lengthening of the gastroc with either a gastroc recession (less release) or a gastroc slide (more aggressive release). Either way, the recovery is easy and all the patient has to do is wear a boot for 2 weeks, then switch to wearing it at night only for 4 more weeks.

Patients often look at me like I have three heads when I say that we’re going to do a surgery on their calf for their foot/ankle pain. However, these same patients are often amazed at how much relief they get from this procedure. Here are some patients’ experiences with this procedure.

“When I first went to see Dr. Hoopes about my flat feet I was expecting him to prescribe shoe inserts, maybe surgery on my arches if things were extreme. When he started talking about my calf muscles causing my flat feet I thought he was some new aged quack doctor. When he explained that a 10 minute surgery could fix everything I knew he was crazy, but after researching it out more I decided to give it a try. I have to say it was one of the best decisions of my life, and has changed everything. I am 29 years old and for the first time in my memory I have no pain, by the end of the day my feet, ankles, knees, and hips are completely pain free. I didn’t realize that I lived my entire life around my feet, and that everything was so inter-connected. My only regret is that I wish I would have found this 10 years ago.”

And 9 months later: “I am doing well, and hopeful to participate in my first half marathon this year.”

“I was referred to Dr. Hoopes for chronic leg and ankle pain.  Dr Hoopes diagnosed the problem as “tight calf”. I was sent to physical therapy but progress was not noticeable so a “reduction surgery” was suggested as a definite means of assisting in reducing the tight calf problem. Following the surgery, the leg pain was reduced but a chronic pain in my hip was still present.  Dr. Hoopes reiterated that when walking, my foot needed to point forward and that I was walking with my foot pointed toward the side.  When I corrected my walking, my hip pain rapidly disappeared.”

“Sometime ago I hurt my right ankle, but expected it would eventually mend.  However, a year later it was still bothersome.  My internist referred me to Human Performance for physical therapy, where Russ Gatenby worked on my ankle and gave me home exercises.  Although I was hopeful, the ankle made no improvement.  So Russ referred me to Dr. Daniel Hoopes.  He offered options including surgery, but sent me back to Russ for another try with physical therapy, plus a recommendation for more suitable shoes – all to no avail.

As a result, Dr. Hoopes scheduled me for the lesser of the two surgery options for Aug. 2015 to release a tendon above my ankle.  By this time, I’m fairly skeptical of any expectation of improvement. Following surgery, I wore a boot and did more physical therapy.  To my amazement the ankle is like brand new!  I’m still wearing the better shoes and enjoying normal activity and daily walks with no more discomfort. I appreciate the patient, thorough treatment process by Dr. Hoopes, as well as the other care givers and a very attentive husband through this entire process.” 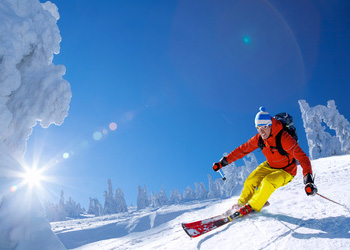